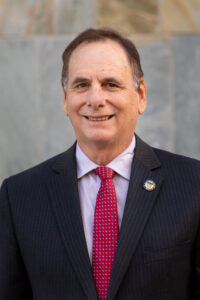 Mayor Kevin Hartke has lived in Chandler since 1985. He has served on City Council for 9 years and as Mayor for 3 years. He continues to serve as a Pastor at Trinity Christian Fellowship in Chandler where he has worked since 1985. Kevin has a bachelor’s degree in biochemistry from University of Missouri, Columbia; and a master’s degree in Theology from Fuller Theological Seminary.

Closer to home, Kevin serves ex official on Chandler Chamber of Commerce board, For Our City-Chandler and Chandler Sister Cities board.

Past regional service includes MAG’s Economic Development Committee, the Continuum of Care Regional Committee on Homelessness, the Governor’s AZServes commission, and a Congressional committee in CD 6 on Faith and neighborhoods.

In the City of Chandler, his past service had included being a commissioner on the Planning and Zoning Commission, chairman of Human Relations Commission, chairman of the 2010 Complete Count Committee, member of a previous Charter Revision Committee and an ex official member of Chandler Airport Commission. Kevin also served on the Chandler Regional Medical Center Trauma Advisory Council.

Past Chandler volunteerism include serving as the founder and director of For Our City-Chandler, Desert Cancer Foundation of Arizona (DCFA), American Cancer Society and literacy advocate and reader to students at Galveston Elementary School for 12 years. He has also served on the executive board member of the Chandler Coalition On Youth Substance Abuse (CCYSA), coached soccer for the YMCA, organized citywide community volunteer efforts and helped organize and lead Chandler’s first traditional neighborhood association, Arrowhead Meadows.

Kevin has been married to Lynne for 40 years. They have four children: Nathan, Aleah, Katelyn and Zachary; four grandchildren, Micah and Madelyn and Benjamin and a rescue dog, Mollie. 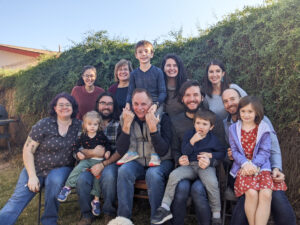